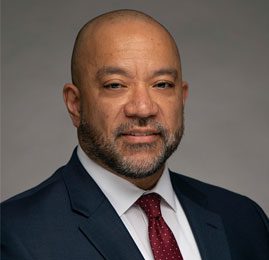 Prior to joining the firm, Mr. Hart was an associate attorney for a civil litigation firm in Tempe, Arizona where he primarily practiced general liability and insurance defense. Mr. Hart also was formerly a prosecutor with the Mohave County Attorney’s Office.

Mr. Hart grew up in Los Angeles, California and graduated from California State University at Northridge, with a B.A. in Communication Studies. He received his J.D. from Arizona State University, Sandra Day O’Connor College of Law, in Phoenix, Arizona. While attending law school, he interned for the Port Authority of New York and New Jersey in New York City, New York, and twice for the Arizona Attorney General’s Office.

Before attending law school, Mr. Hart accumulated over a decade of experience in the auto insurance industry as a claims adjuster and claims manager.