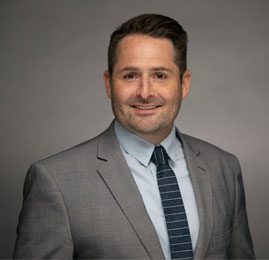 Mr. Wilde has a successful track record at arbitration and trial, and has personally been first chair and second chair to multiple multi-million trials and arbitrations. Mr. Wilde's high profile cases include:

- In 2020, Mr. Wilde filed a temporary restraining order and lawsuit on behalf of one of the largest fitness companies in the U.S. against the Governor of Arizona in a landmark case to allow fitness centers to open during COVID-10 pandemic. This case made national news, including being covered by Fox News and CNN. Mr. Wilde helped create procedures and protocols to allow fitness facilities in the state of Arizona to reopen.
- In 2020, Mr. Wilde represented one of the nation's largest private universities and successfully defended the university against claims for discrimination, unlawful search and seizure, and violation of 1st Amendment rights. Mr. Wilde filed and won a motion to dismiss, resulting in all claims being dismissed with prejudice.
- In 2020, Mr. Wilde successfully defended an admitted liability case in which an employee of his daycare center client caused physical harm to a 2-year old boy, which required several stitches. After 3 years of litigation and $3 million demand from the plaintiff, the arbitrator awarded less than $5,000.
- In 2019, Mr. Wilde was lead trial counsel on behalf of a national insurance broker, and won a verdict for breach of employment contract and tortious interference with business expectancies. The result led to hundreds of thousands of dollars in settlement proceeds for Mr. Wilde's client, and more importantly, set a precedent throughout the nation for non-compete and non-piracy clauses in insurance broker employment contracts.
- In 2017, Mr. Wilde was part of a team of attorneys that won a jury award of $400,000 against an Arizona gym for negligence and premises liability.
- In 2016, Mr. Wilde was part of a team of attorneys that represented a Native American tribe against a law firm and real estate appraisal company for malpractice and misrepresentation. When the tribe's mutli-million dollar commercial real estate investment was lost, the team successfully negotiated a settlement and reclaimed nearly $40 million in investment funds.
- In 2015, Mr. Wilde was part of a team that won a three-week federal jury trial for breach of fiduciary duty and fraudulent transfer of company funds. The victory ultimately led to a $213 million judgment in favor of Mr. Wilde's clients.

Mr. Wilde has been named a Southwest Super Lawyers Rising Star from 2016 to 2020.

Mr. Wilde is admitted to practice in Arizona, New York (inactive) and Massachusetts (inactive). He obtained his juris doctorate in 2011 from Boston University. He obtained his bachelor of science in marketing and business in 2007 from Brigham Young University.
In his spare time, Mr. Wilde enjoys live music and the great outdoors. He enjoys camping, rock climbing, mountain biking and kayaking with his wife and two puppies. Mr. Wilde enjoys traveling the globe, and hopes to visit all 7 continents in his lifetime (4 down, 3 to go).